The picture is being successfuly added to your Bucket!

Subscribe to our email newsletter today to receive updates on the latest upload and special offers! 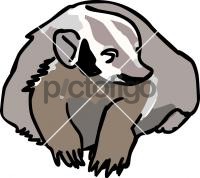 Description: The Badger comprises a group of short, stout mammals in the Mustelidae family. Other members in the Mustelidae family, also known simply as mustelids, include otters, weasels, wolverines, ferrets, stoats, martens, minks, and more. This species inhabits many different types of ecosystems. Their favorite habitat is woodland or forest and nearby meadows or fields. They also inhabit woods and areas near rivers and lakes, also known as riparian areas. Some of the other habitats that they utilize include grassland, scrub, semi-desert, steppe, and more. Badgers also live in more urban areas, like farms, pastures, and even suburbs. European Badgers live throughout much of Europe into western Asia and parts of the Middle East. Their range extends throughout nearly all of Europe, with the exception of the northernmost reaches of Norway, Sweden, and Finland, as well as Iceland. They also live in western Russia, parts of Syria, Iraq, Iran, and parts of Afghanistan, Turkmenistan, and the surrounding areas. 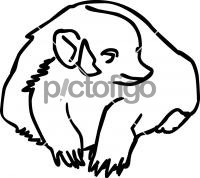 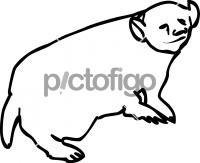 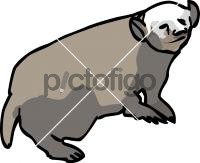